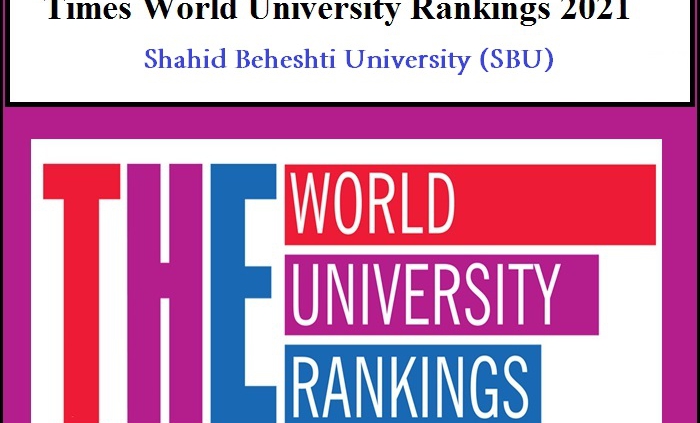 The results of the Times 2021 international ranking were announced and the position of Shahid Beheshti University was rise by 100 steps.
According to the results of the International Times ranking in 2021, Shahid Beheshti University was ranked 601-800 compared to 2020, with 100 ascents.
In the 2021 Times ranking, 21 Islamic countries were present, of which the Islamic Republic of Iran had the largest number of universities with 47 universities.
In the Times 2021 rankings, 1,527 of the world’s top universities are ranked from 93 countries, with Oxford University ranked first for the fifth year in a row, and Stanford and Harvard University ranked second and third, respectively. California University of Technology, MIT and the University of Cambridge (UK), California Berkeley, Yale, Princeton and Chicago are ranked 4th to 10th in the world, respectively.
The Directorate of International Scientific Cooperation congratulates every member of the large family of Shahid Beheshti University on this valuable achievement.

Meeting of the Director of International Scientific Cooperation with the Science...
Scroll to top